Why teenagers really do need an extra hour in bed 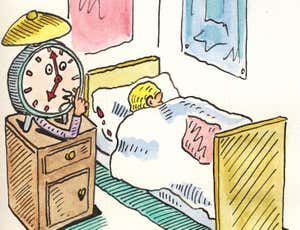 (Image: Andrzej Krauze)
"MAKING teens start school in the morning is ‘cruel’, brain doctor claims." So declared a British newspaper headline in 2007 after a talk I gave at an academic conference. One disbelieving reader responded: "This man sounds brain-dead."
That was a typical reaction to work I was reporting at the time on teenage sleep patterns and their effect on performance at school. Six years on there is growing acceptance that the structure of the academic day needs to take account of adolescent sleep patterns. The latest school to adopt a later start time is the UCL Academy in London; others are considering following suit.
So what are the facts about teenage slumber, and how should society adjust to these needs?
The biology of human sleep timing, like that of other mammals, changes as we age. This has been shown in many studies. As puberty begins, bedtimes and waking times get later. This trend continues until 19.5 years in women and 21 in men. Then it reverses. At 55 we wake at about the time we woke prior to puberty. On average this is two hours earlier than adolescents. This means that for a teenager, a 7 am alarm call is the equivalent of a 5 am start for a person in their 50s.
随着年龄的增加，人类的睡眠生物钟和其他动物一样，也会相应调整。青春期开始后（10岁以后）直到女性19岁半和男性21岁，睡觉和起床时间都会变晚。然后就开始反过来。55岁时我们会在青春期开始前的相同时间醒来。这个时间一般比青少年早两个小时。所以这就意味着，青少年7点起床跟我们50多岁时5点起床一样。
Precisely why this is so is unclear but the shifts correlate with hormonal changes at puberty and the decline in those hormones as we age.
However, biology is only part of the problem. Additional factors include a more relaxed attitude to bedtimes by parents, a general disregard for the importance of sleep, and access to TVs, DVDs, PCs, gaming devices, cellphones and so on, all of which promote alertness and eat into time available for sleep.
但是，生物因素只是问题的一部分。其他的因素包括父母对于睡觉时间的迁就、普遍觉得睡觉不重要、使用电视、影碟机、电脑、游戏机、手机等。所有这些因素都会提升警觉性和蚕食睡眠时间。
The amount of sleep teenagers get varies between countries, geographic region and social class, but all studies show they are going to bed later and not getting as much sleep as they need because of early school starts.
Mary Carskadon at Brown University in Providence, Rhode Island, who is a pioneer in the area of adolescent sleep, has shown that teenagers need about 9 hours a night to maintain full alertness and academic performance. My own recent observations at a UK school in Liverpool suggested many were getting just 5 hours on a school night. Unsurprisingly, teachers reported students dozing in class.
Brown大学的Mary Carskadon是青少年睡眠研究的先驱者，她指出青少年需要大约9小时/晚的睡眠来维持清醒和学习成绩。我自己在利物浦学校的观察则表明很多学生每晚只睡5个小时，这就难怪很多老师说学生在上课的时候打瞌睡。
Evidence that sleep is important is overwhelming. Elegant research has demonstrated its critical role in memory consolidation and our ability to generate innovative solutions to complex problems. Sleep disruption increases the level of the stress hormone cortisol. Impulsive behaviours, lack of empathy, sense of humour and mood are similarly affected.
证据显示睡眠对于记忆和创新都很重要。睡眠不足会增加压力，还会影响冲动行为、缺少同情心、幽默感等。
All in all, a tired adolescent is a grumpy, moody, insensitive, angry and stressed one. Perhaps less obviously, sleep loss is associated with metabolic changes. Research has shown that blood-glucose regulation was greatly impaired in young men who slept only 4 hours on six consecutive nights, with their insulin levels comparable to the early stages of diabetes.
总而言之，一个疲劳的青少年总是易怒、情绪化、麻木不仁或者压力山大。或者更不明显的是，睡眠不再总是和新陈代谢相关。研究表明年轻男性持续6晚只睡4个小时，血糖水平严重下架，胰岛素水平则上升到糖尿病早期水平。
Similar studies have shown higher levels of the hormone ghrelin, which promotes hunger, and lower levels of leptin, which creates a sense of feeling full. The suggestion is that long-term sleep deprivation might be an important factor in predisposing people to conditions such as diabetes, obesity and hypertension.
Adolescents are increasingly using stimulants to compensate for sleep loss, and caffeinated and/or sugary drinks are the usual choice. The half-life of caffeine is 5 to 9 hours. So a caffeinated drink late in the day delays sleep at night. Tiredness also increases the likelihood of taking up smoking.
Collectively, a day of caffeine and nicotine consumption, the biological tendency for delayed sleep and the increased alertness promoted by computer or cellphone use generates what Carskadon calls a "perfect storm" for delayed sleep in teenagers.
In the US, the observation that teenagers have biologically delayed sleep patterns compared to adults prompted several schools to put back the start of the school day. An analysis of the impact by Kyla Wahlstrom at the University of Minnesota found that academic performance was enhanced, as was attendance. Sleeping in class declined, as did self-reported depression.
In the UK, Monkseaton High School near Newcastle instituted a 10 am start in 2009 and saw an uptick in academic performance.
However, a later start by itself is not enough. Society in general, and teenagers in particular, must start to take sleep seriously.
Sleep is not a luxury or an indulgence but a fundamental biological need, enhancing creativity, productivity, mood and the ability to interact with others.
If you are dependent upon an alarm clock, or parent, to get you out of bed; if you take a long time to wake up; if you feel sleepy and irritable during the day; if your behaviour is overly impulsive, it means you are probably not getting enough sleep. Take control. Ensure the bedroom is a place that promotes sleep – dark and not too warm – don’t text, use a computer or watch TV for at least half an hour before trying to sleep and avoid bright lights. Try not to nap during the day, and seek out natural light in the morning to adjust the body clock and sleep patterns to an earlier time. Avoid caffeinated drinks after lunch.
It is my strongly held view, based upon the evidence, that the efforts of dedicated teachers and the money spent on school facilities will have a greater impact and education will be more rewarding when, collectively, teenagers, parents, teachers and school governors start to take sleep seriously. In the universal language of school reports: we must do better.
More on these topics:
While adults tend to be fully alert by 10.00h, most teenagers are not fully alert until 12.00 noon, and 10-20% of teenagers take until about 14.00h to be fully alert.
成年人上午10点就能清醒，大部分青少年要到中午12点，一到两成的青少年则可能需要到下午两点。
sleep teenager 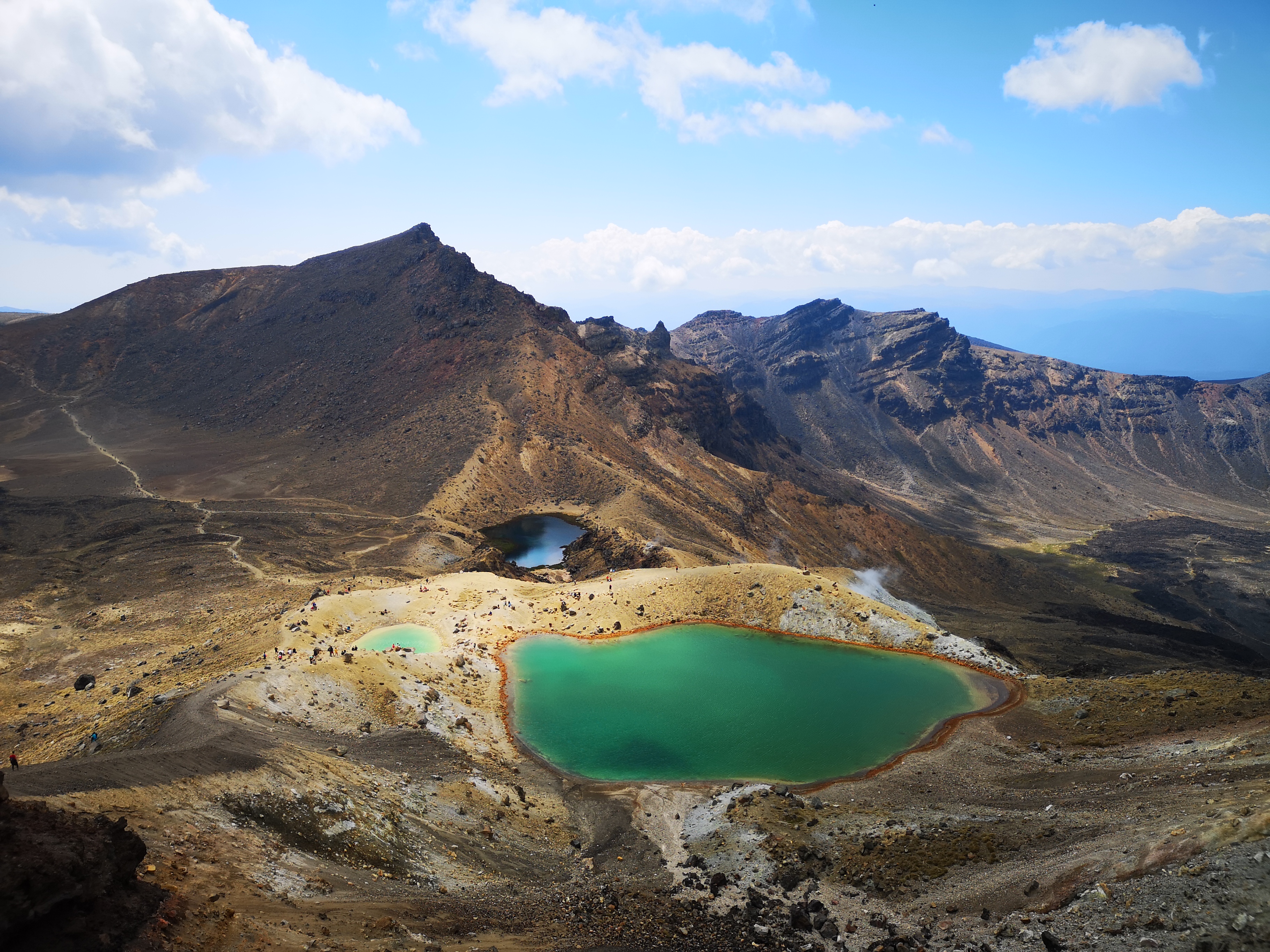